Helen Morgan, Liberal Democrat Member of Parliament for North Shropshire, has handed in a petition with hundreds of signatures of local residents of St Martins opposing the closure of the local GP surgery branch. 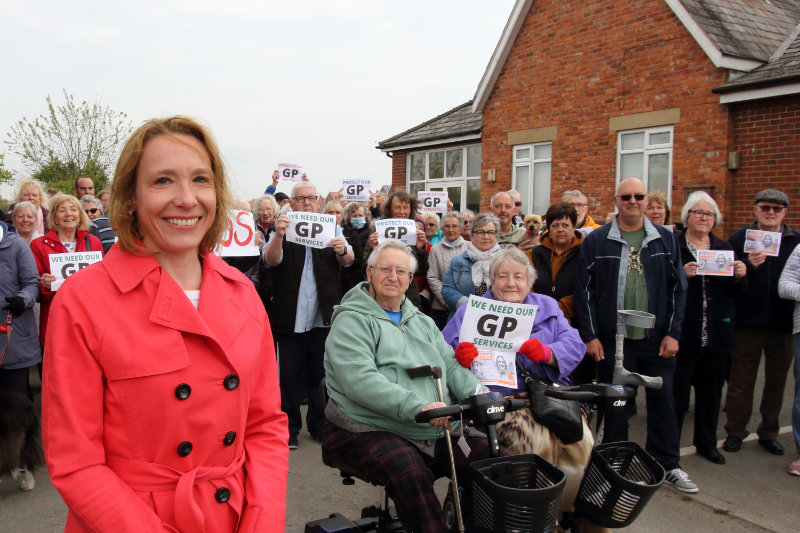 The issue resurfaced after countless residents contacted Ms Morgan following her historic by-election win in December 2021, and a decision was expected to have been taken but was delayed and reviewed following an intervention from the MP. Following this Ms Morgan has submitted a petition with hundreds of signatures calling for the closure to be stopped.

Commenting Helen said: “Closing St Martins GP surgery risks local residents been unable to access basic health care and routine check-ups, and will inevitably have a detrimental impact on local residents and their quality of life.

“The proposed closure comes at a time when people already are having to choose between heating and eating, and the cost of a taxi or bus fare to see a doctor is something many don’t have going spare.

“Our petition calling for the surgery to remain open has received a phenomenal response, clearly demonstrated the concerns of local residents. I hope that health bosses choose to listen to residents’ of St Martins and look to keep the surgery open in some capacity.”

The final decision on whether the surgery will remain is now expected to take place on 26th April.