New Liberal Democrat MP for North Shropshire Helen Morgan will today make her maiden speech in the House of Commons. The speech will be delivered when Helen is called by the Speaker of the House during the remaining stages of the Judicial Review and Courts Bill between 1pm and 4pm. 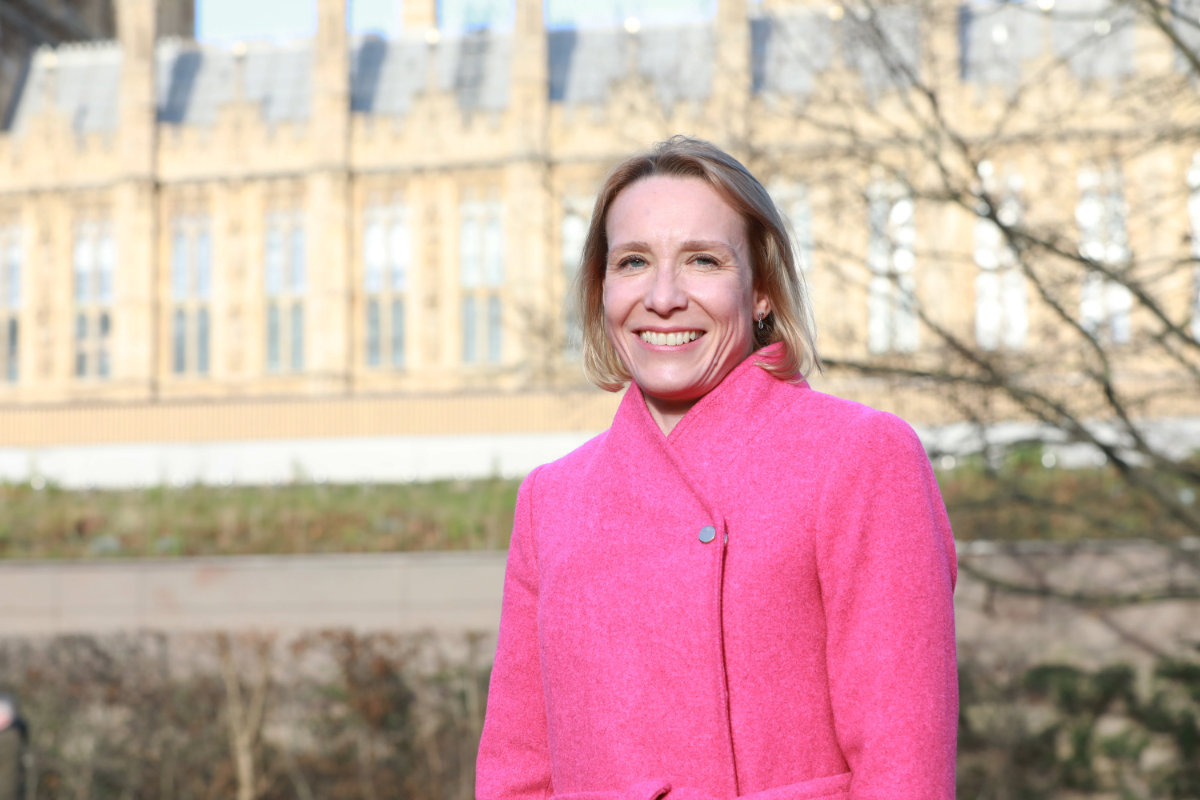 In her speech, Helen will comment on North Shropshire’s great history and remark on stories from the main market towns.

Helen will also provide her view on the Judicial Review and Courts Bill.

Finally, Helen will put forward her priorities for the residents of North Shropshire saying: “I will not give up on the fight for the issues that matter most to them: better access to health and ambulance services, a fair deal for our farming community, and proper provision of infrastructure and public services.”

[On being elected] “I am humbled to be standing in this historic chamber today, representing the people of North Shropshire. Those of you who have visited will know that it is a large and beautiful landscape, populated with pretty market towns and villages, and with a long and fascinating history.

[On Owen Paterson] “I would like to start by thanking my predecessor, Owen Paterson, for almost a quarter of a century of service to the people of North Shropshire, and in particular, for his recent campaign and charitable work for suicide prevention.

[Oswestry] “It is impossible to visit North Shropshire without being taken back in time. An iron-age fort at Oswestry starts the story, as the first settlers here pioneered the farming industry that underpins the local economy to this day. In Welsh the site is known as Caer Ogyrfan, meaning 'City of Gogyrfan', the father of Guinevere in Arthurian legend, and the intertwined story of North Shropshire and British politics may have begun there.

[Whitchurch] “The next step in our history is at Whitchurch. An important staging post on the Roman Road from Shrewsbury, to Chester, it takes its modern name from St Alkmund’s church, originally built with white sandstone quarried in the south of the constituency at Grinshill.

“And here the association continues - this fine white sandstone was also used to make the lintels and door surround of Number 10 Downing Street, and I’m sure the Prime Minister will be reminded of the beautiful constituency of North Shropshire each time he passes through that iconic entrance.

[Ellesmere] “In the medieval period, Ellesmere’s great castle was taken by Llewellyn the Great, not to be reclaimed by the English until after his death. Its remains are now largely confined to the earthworks they were built on, but luckily the fortifications at Whittington and Moreton Corbet still bear testament to the turbulence of life in the Marches of the medieval Kingdom.

[Market Drayton] “Internal strife has played its part as well – in the early stages of the Wars of the Roses, the Yorkist army thundered past Market Drayton and through North Shropshire, eager to link up with reinforcements at Ludlow after its victory at nearby Blore Heath.

[Wem & Civil War] “In the civil war the residents of Wem, the town closest to my home, proved that the communities of North Shropshire are not just decent and resilient, but occasionally radical. The Parliamentarians garrisoned in the town had not completed their wooden defences and had only 40 musketeers to hold their position in 1643 when the Royalist army approached.

“The Royalists, complacent and confident of victory, approached from Soulton to the East. But legend has it that the women of Wem rallied to the Parliamentarian cause, put on red coats and confused the oncoming troops. The garrison held. So it seems that while I may be the first woman to represent this area in Parliament, I am continuing a fine tradition of the women of North Shropshire defending our democracy!

[On Judicial Review and Courts Bill] “I am reminded of the brave women of Wem when I consider the impact of this Bill. I am sure that colleagues on both sides of this house would agree that our democracy, which has evolved over hundreds of years, and since the 17th century largely peacefully, should be protected at all costs.

“Fundamental to that democracy is that the rule of law is upheld without fear or favour. But this Bill seeks to undermine that principle. It will limit the ability of ordinary people to hold this government to account through the courts.

Judicial review is working well. It is a powerful tool for individuals to enforce their rights and stop governments from overstepping their powers.

“Threatening to weaken people’s ability to challenge the Government because the courts sometimes rule against you is the act of dictators and despots, not democrats.

“The best way for a government to avoid that situation is to ensure it acts lawfully in the first place, not legislate to ensure that there is one rule for the citizens of this country and another for its leaders. The circumstances of my election suggest that the majority of voters in North Shropshire would agree.

[On her commitments to residents in North Shropshire] ”As their representative on these green benches in the home of democracy, I will always defend their democratic rights and listen to their concerns, regardless of the candidate for whom their vote was cast.

“I will not give up on the fight for the issues that matter most to them: better access to health and ambulance services, a fair deal for our farming community, and proper provision of infrastructure and public services.

“I very much look forward to working with my colleagues on both sides of this House to achieve that.”

Get in touch with Helen Morgan

Why not join me and volunteer in North Shropshire?